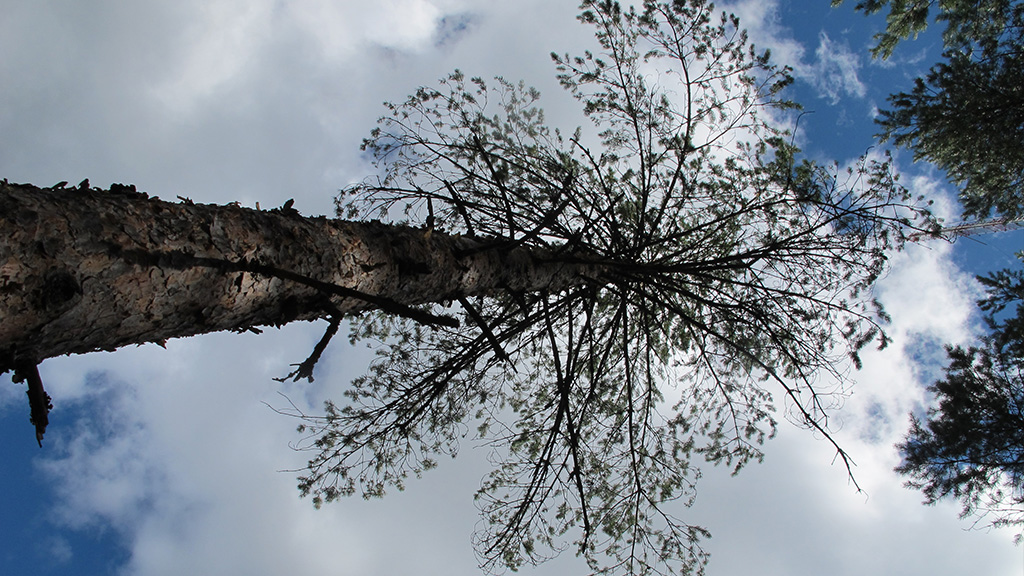 The research conducted in Hyytiälä, the research instrumentation and the research itself offer a complicated, challenging, but inspiring basis also for artistic research. In order to utilize these possibilities, the first artist-in-residence was actualized at the Forestry field station in 2013, under the Climate Whirl concept.

The basic idea of Climate Whirl artist-in-residence program is that an artist and a researcher can work as equals at the station. The work is carried out at SMEAR II research station (SMEAR= Station for Measuring Ecosystem-Athmospheric Relations) in Hyytiälä, Juupajoki, Southern Finland. The aim is, that the same instrumentation and knowledge is available for the researchers and the artists.

Art curator Ulla Taipale was invited to coordinate Climate Whirl artist-in-residency and other activities by the initiator of the project, Dr. Eija Juurola. In her work, Taipale unites natural and artistic research. For several years, she has collaborated with Finnish research stations in many art and cultural projects.

Project proposals were asked from Finnish and international artists working in the intersection between arts and sciences. Internationally awarded German media-artist Agnes-Meyer Brandis was selected as the first residency artist in 2013.

Climate Whirl artist-in-residence has got positive feedback from the staff working at Hyytiälä. The residency has opened up new questions, and catalyzed wider perspectives to the top-level research conducted at the station.

Currently, a Finnish artists Patrik Söderlund and Visa Suonpää, known as IC-98, are developing a new site-specific artwork that will be located at the old forest in Hyytiälä forestry station, as well as at Viikki Campus area in Helsinki. The new work will be published in autumn 2019.

The works of Agnes Meyer-Brandis are characterized by multidisciplinary explorations, that are often inspired by natural phenomena and natural research. She has studied the formation water droplets in zero-gravity flights (at German Space Agency), migrated with mysterious Moon Geese and designed an equipment that creates clouds. In her work, artistic, scientific, and technological research are often combined with fantastic elements.

The residency in Hyytiälä started in August 2013. It was carried out in two parts. In the later part, the Tealemetree*-workshop was organized. International group of thirteen artists and researchers took part to in the workshop.

Meyer-Brandis began her stay at the station with getting acquainted with the staff and the other researchers working at Hyytiälä. In order to meet people in the research forest, she built a table, that formed a meeting point and a place for tea breaks between the scientists, Agnes and a tree; Have a Tea with Me and a Tree. 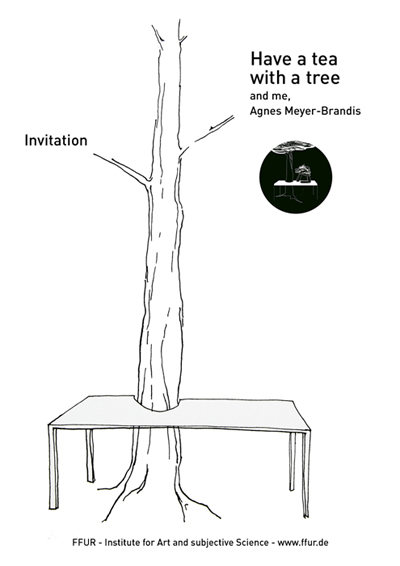 Tealemetree Station was inaugurated as a permanent public art work in 2015. The table is documented by a webcam. The archive of the images can be browsed here.

Tea = a traditional beverage made from steeping the processed leaves, buds in water.
Telemetry = The word is derived from Greek roots: tele = remote, and metron = measure.
Tree = There is no universally recognised precise definition of what a tree is, neither botanically nor in common language.)

The official opening of the Tealemetree Station was celebrated during the 20th anniversary of SMEAR II station, in August 2015. 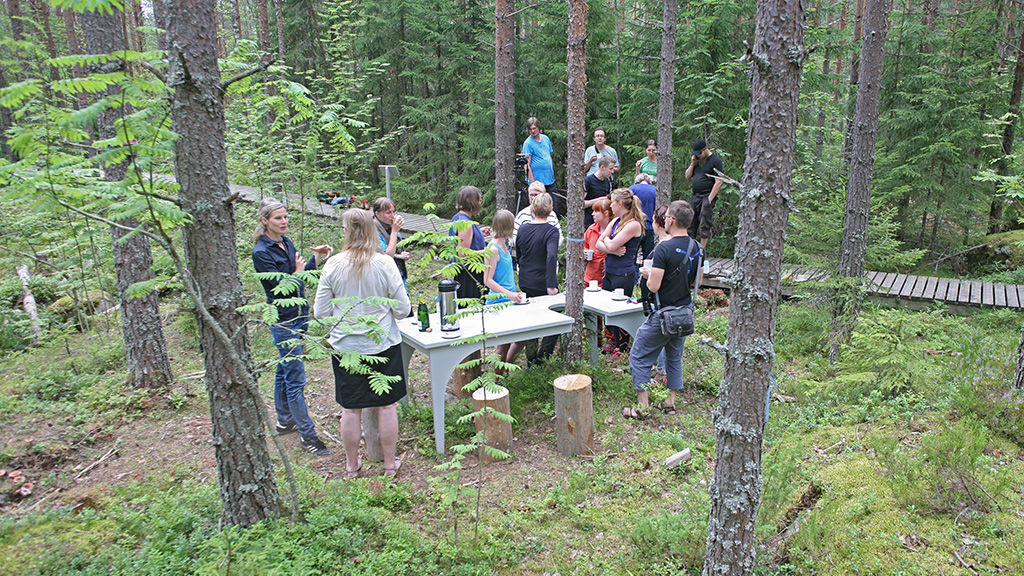 The residency of Agnes Meyer-Brandis also resulted an installation work Teacup Tools. The work got a Mention of Honor at Hybrid Art category at Prixars competition at Ars Elektronica festival in spring 2015. So far, the work has been exhibited at Tieranatomisches Theater in Berlin, Ars Electronic festival in Linz, Austria, El Centro de Arte Laboral in Gijón, Spain, and in many measurement stations in Basel, Switzerland.